How to maintain and use the louder speaker correctly?

Speaker is a very wide range of electronic products, prices ranging from tens to thousands of yuan. Many people have a sound system. A good audio system can give us a great high quality enjoyment. We all hope that our sound system can be used for a long time. Then, how to maintain our louder speaker? 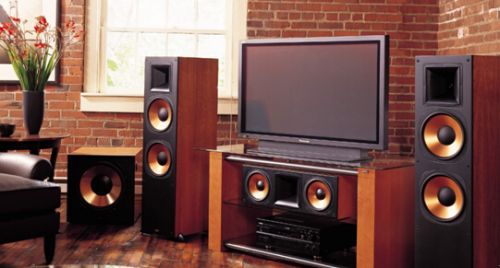 The first time using the sound system, it is necessary to run in

Many people mistakenly think that the stereo can be used directly and arbitrarily when they buy it. In fact, it is not. Sound needs a period of running in period. After running in, sound can really play its charm, that is, the cooker. Here, many people have a wrong point of view, that is to buy a stereo and immediately drive to the maximum sound. They think that such a crazy run in can make the stereo be fully "activated". This method is completely wrong and prone to sharp, hoarse, cracked, uneven and other problems.

The correct way is to turn the volume to 1 / 3, first put on some extremely slow music, 20 hours, three hours at a time, then half the volume, put on some music of various styles, 30 hours, three hours at a time, and finally 2 / 3 of the volume, which can be interspersed with some intense music. In fact, run in is a process of gradually putting the speaker into the working state. It's OK to listen normally. You only need to build the speaker if you want to listen to it. After a long time, the speaker is activated, and run in is basically completed.

To prevent the sudden impact of big signal

Generally, there are several situations as follows: first, the potentiometer switch did not rotate at the lowest level after the last listening, or someone else mistakenly moved the potentiometer, and it was in the state of high volume when the sound was turned on, causing a large signal impact. Second, there are sudden big dynamic segments in music. In order to emphasize the contrast, most of the signals are very weak before the big dynamic comes. At this time, if you are not prepared, turn up the volume so that you can easily damage the speaker. Such as explosions, drums, thunder and so on. The third situation is that in the normal operation of the audio system, the signal line and power line are suddenly plugged in. At this time, there will be a large current impact, which is most likely to damage the speaker. 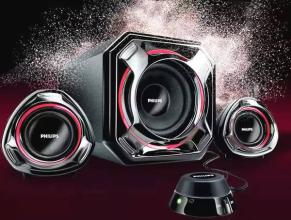 Avoid use in harsh environments

Various parts of the louder speaker, such as wood skin, paper sound basin, treble film, hanging edge, centering bracket, adhesive, voice coil and so on, are sensitive to the change of temperature and humidity. Always be careful not to use speakers in places with too high or too low temperature, too high or too small humidity.

Pay attention to the speaker position

First of all, the speaker should be placed in a place where direct sunlight is avoided, and the speaker should not be placed beside the radiator or in a place where the temperature is too low, otherwise it will cause blistering on the surface of the box or aging of electrical components reproduced from the computer Pepsi network, and it is not necessary to place the speaker in a humid place for a long time, so as to avoid rust or mildew of the voice ring. In addition, do not place the speakers too close to the CRT display. Because the CRT display reprinted from the computer Pepsi network device is too delicate, even the magnetic horn will also have a certain impact on the display. Similarly, the speaker should also be away from the strong magnetic field. If the mobile phone is close to the speaker, the speaker will make noise when calling. In addition, in order to save space, we often put the speakers under the computer table or stack them together, which is very unscientific. Even the top-grade sound card plus the high-grade speakers will not have a good sound performance in this case, let alone the location of the on-the-spot sound field.

Ningbo Hiyanka Import & Export Co., Ltd. has been focusing on the audio industry since 2001. It is located in Haishu District, Ningbo City, south of the Yangtze River Delta, and has provided reliable audio products to customers all over the world for more than ten years.